Below are former students from Bunker Dance Center who have gone on to reach great heights in the dance world! All of these amazing alumni danced, performed and competed with Bunker Dance Center’s prestigious Performing Arts Company. We are so very honored to share their achievements since graduating from BDC! 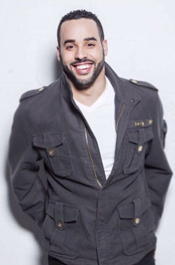 Aaron recently gained fame as the 1st runner up on "So You Think You Can Dance", Season 10. Aaron began his dance career at Bunker Dance Center at the age of 7 and was an NYDC pop dancer. Aaron has been a guest star and collaborated with his showbiz performer dad, Earl Turner, both on cruise ships and here locally. He starred in "Stomp Out Loud" at Planet Hollywood. Aaron graduated from UNLV with a Bachelor's degree AND teaching Hip-Hop, Tap, and Jazz at Bunker Dance Center! We are thrilled to have Aaron on staff as he pursues his other dreams in music and dance. 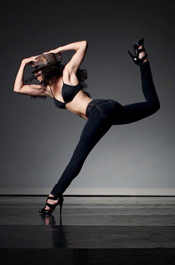 Emily started dancing at the age of three and grew up as a competition dancer in Las Vegas, Nevada. After intense training at Bunker Dance Center and The Las Vegas Academy, Emily moved to Arizona to continue her education in dance at the University of Arizona. While in University and in high school Emily became a teaching assistant for major choreographers Stacey Tookey and Peter Chu at Nuvo and 24/7 dance conventions. From there, she moved back to Las Vegas when presented a contract with Cirque du Soleil's Mystere. She performed the principle characters of Black Widow, La Belle, White Bird of Prey and Red Bird in her three years at Mystere. She has traveled to Europe performing for Cirque and currently is dancing in the Beatles LOVE by Cirque du Soleil. Emily also received a Business Economics degree from University of Nevada Las Vegas. 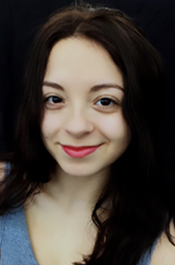 Haley was born and raised in Las Vegas, Nevada where she began dancing at the age of three. Under the direction of Kathy Bunker, she was a member of Bunker Dance Center's pre-professional dance company, Nevada Youth Dancer's Company, as well as a dance major at the Las Vegas Academy of Performing Arts high school.  After graduation Haley was accepted into Arts Umbrella's Dance Diploma program in Vancouver, Canada and has gone on to teach master classes and set new works on students in both Las Vegas and Vancouver. Haley had the opportunity to be mentored by Crystal Pite for choreography and creation, setting two original works on the Arts Umbrella dancers. Haley was honored to receive the “Emerging Artist Scholarship Award” from the RBC foundation in Vancouver in 2015. In January 2016 she joined Crystal Pite's Kidd Pivot as an apprentice for the current touring show "Betroffenheit." Later that year she became an apprentice for Peter Chu’s Chuthis and preformed “In 3’s” with the company in Las Vegas. 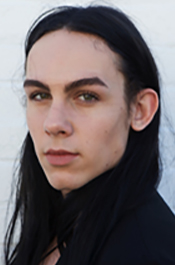 Ben Green attended Las Vegas Academy of Performing Arts while also training at Bunker Dance Center, where he began studying under Peter Chu. He then moved to Israel to train with the Kibbutz Contemporary Dance Company MASA Program. While there he performed works by Ohad Naharin, Rami Be'er, and Mats Ek.
He has also participated in intensives with Batsheva Dance Company, Tom Weinberger, Johannes Weiland, Roger Van der Poel (NDT), and Sasha Waltz & Guests. He spent the 2015/16 Season with New Dialect in Nashville.
Ben will be joining Batsheva Ensemble for the 2016/17 Season. 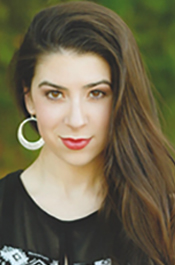 Taylor LaBruzzo grew up in Las Vegas, Nevada, where she began dancing at age six. She has trained in various dance styles including ballet, modern, jazz, contemporary, and tap at both Bunker Dance Center and Las Vegas Academy of the Arts, where she graduated as Valedictorian in 2014. In her high school career, she was able to perform works by Peter Chu, Sonya Tayeh, and Stacey Tookey. Now in her third year at The Juilliard School, a dance major under the direction of Lawrence Rhodes, Taylor has performed works by Aszure Barton, José Limon, and Paul Taylor. Over the summers, she has had the privilege of working with Alexandra Wells and Shannon Gillen at Movement Invention Project, as well as with Amy Raymond and Doug Letheran at the Arts Umbrella International Summer Dance Intensive. After participating in the inaugural year of Chuthis Movement Intensive, Taylor continued her work with Peter Chu and the company, including Roger Van der Poel and Pam Chu, as a class and rehearsal assistant. She is honored to have been chosen to participate in the 2016 Composers and Choreographers concert at Juilliard and hopes to continue exploring her passion for choreography through other projects, including creating work for Bunker. It is always a pleasure to return home to work with the Bunker dancers! 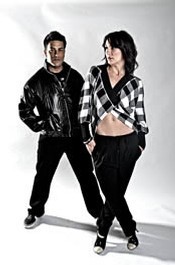 Judges and choreographers on So You Think You Can Dance (both America and Australia), Lead Choreographers for America's Best Dance Crew, Hosts for TLC Channel's Rock the Reception, creator of the Nappytab clothing line, and the list only begins here! Buddy and Tab began their teaching careers right here at Bunker Dance Center while attending UNLV and were creating award winning choreography for the Performing Arts Companies here at the studio years before America discovered them as well. From "Millenium Hip-Hop," "Groove Theory," "On the Edge," and "Motown Makeover" to "School of Funk," "This Ain't Kansas," and "Cool Like That" (to name but a few!) their incredible hip hop numbers at Bunker Dance are timeless! We love you Napoleon and Tabitha…You Rock! 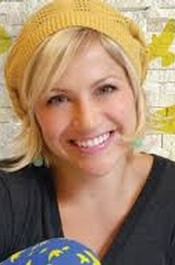 Judge and Choreographer on So You Think You Can Dance and thrice nominated for Emmys for her work on SYTYCD, faculty member for NUVO Conventions, former original dancer for Celine Dion's "A New Day" in Las Vegas, and Founder/Artistic Director/Choreographer for Still Motion Contemporary Dance Company are just the tip of the iceberg for accomplishments from this very talented lady. It is rare to discover a person who is not only an exceptional dancer, but also an amazing choreographer and teacher; Stacey is all that rolled into one! Stacey has continued to lift the levels of the Performing Arts Companies at Bunker Dance Center. We are so proud to have had you on faculty for four years and have you reach out to our current teams for continued training. You are beautiful on the inside and out! 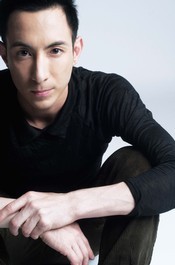 Founder of the contemporary dance company, Chuthis., graduate of the prestigious Juilliard School, 2008 recipient of the choreography position for the New Works Festival (Perry-Mansfield) in Steamboat Springs, CO where he presented a full evening of his own choreography and created the new work, "Then...until Now," choreographer on both Seasons 9 and 10 of So You Think You Can Dance, winner of the Capezio Choreography Award 2012, member of Crystal Pite's Kidd Pivot Contemporary Company, Guest Teacher and Choreographer for NDT's Summer Intensive program in Holland, master teacher and choreographer for various universities in the US, teacher for 24/Seven Conventions and many other conventions...the list is endless! Peter began teaching classes and setting choreography at Bunker Dance Center the fall of 2005 while dancing in the Celine Dion show, "A New Day". From the moment Peter began teaching the company girls, their dance horizon was immediately expanded! The contemporary training that Peter brings to Bunker Dance is invaluable. Peter is known throughout the dance world (nationally and internationally) and is truly changing the face of dance today. Wow...Bunker Dance Center is honored to perform your work Peter. You are an inspiration to the dance world!